Demonstrators blocked streets around the Houses of Parliament in central London as several groups of protesters converged on the day that the UK was originally meant to leave the European Union.

Marchers carried placards, bearing slogans including "No deal is better than a bad deal," "Every nation has the right to self-determination" and "Leave means Leave."

Others chanted "This country has turned into a dictatorship" and "we want our Brexit back." 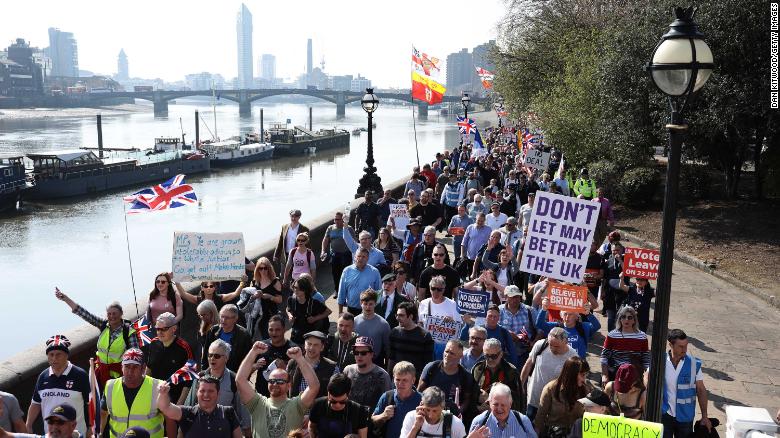 The March to Leave rally departed from Fulham, west London, and proceeded to Parliament Square.

The final leg of the 270-mile long March to Leave rally, which began in the town of Sunderland in the northeast of England on March 16, reached London on Friday. The first leg was led by Brexit architect Nigel Farage, the former head of the pro-Brexit UKIP party.

Demonstrators were flanked by police, including some on horseback. Officers were seen leaving nearby Downing Street in riot gear. 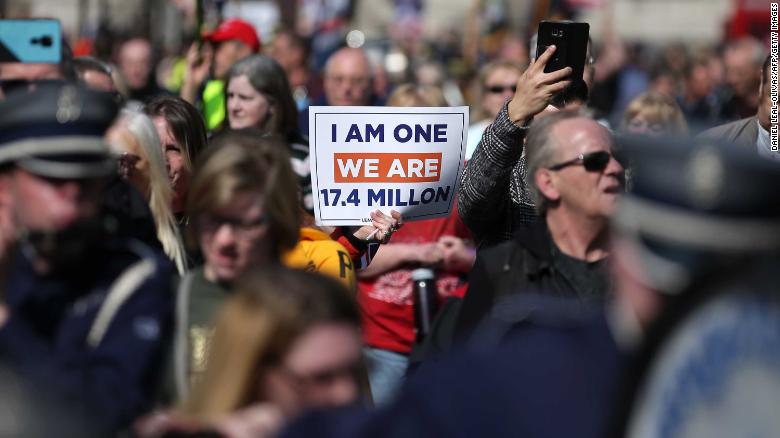 The rally was scheduled to conclude on the 29th of March in honor of Brexit day; the day on which the UK was meant to leave the European Union.

Prime Minister May was forced to ask the EU for an extension to the Article 50 process in order to avoid a no-deal Brexit, after her Withdrawal Agreement was twice rejected in the House of Commons.

MPs rejected her Withdrawal Agreement for a third time Friday, likely consigning her deal to history and raising the possibility of a no-deal Brexit or a much longer extension to the Article 50.